The decreasing cost-per-transistor delivered by modern semiconductor processes means that a number of previously rare embedded processor options are now increasingly common. This trend includes floating-point coprocessors, which are especially useful when migrating code originally developed on a PC to an embedded system. Recall that floating-point support on the PC wasn't a "given" until the first 1993-era Pentium processor-based systems hit the scene; earlier i486 CPUs offered the integrated FPU core only as an option, and on 386-class and earlier processors, the FPU came on a separate "87" coprocessor chip. As part of a similar evolution in the microcontroller space, Microchip Technology has introduced an integrated floating-point unit in its PIC32 embedded controllers with the newly launched 48-chip PIC32MZ EF family.

PIC32MZ further subdivides into the initial "EC" and latest "EF" families. Both families implement 159 fixed-point DSP instructions. The EF family adds a single- and double-precision floating-point unit. As noted by Microchip's Bill Hutchings and Anand Rangarajan, a subset of the company's target customers are involved in very high dynamic range applications that demand a FPU. More generally, however, many of Microchip's customers just don't want to deal with floating- to fixed-point conversion. For example, MATLAB simulations can be more directly correlated to end device functionality if the target processor supports floating-point math.

And, according to Hutchings, adding the IEEE 754-compliant FPU had no cost impact; although both EC and EF products are fabricated from the same 90 nm process, a more optimized layout of the latter, newer products enabled Microchip to add the FPU without increasing die size. As a result, PIC32MZ EF products are the Microchip-recommended option for all new PIC32-based designs, regardless of whether or not the customer plans to use the FPU.

The MIPS-developed FPU uses a dedicated 7-stage pipeline, operating in parallel with core integer pipeline, and supports both MIPS32 and microMIPS instructions. It operates at the same clock speed as the main MCU core. Most FPU instructions execute with single-cycle throughput and four-cycle latency, according to Microchip. And its potential benefits include improved code density and performance on applications that leverage floating-point computations (Table 1). 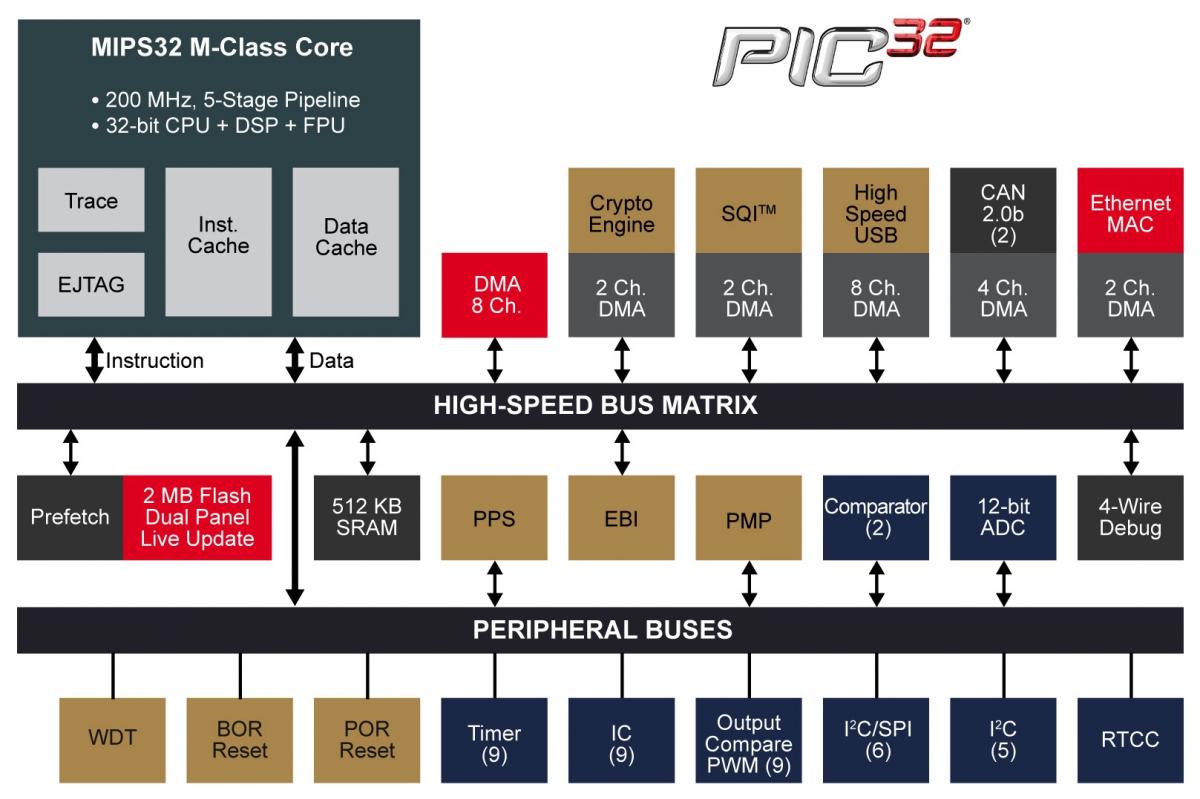 The PIC32MZ EF series is also supported in a new version of the Arduino-compatible Digilent chipKIT Wi-FIRE development board. Microchip's addition of floating point support in the PIC32MZ EF family is to be commended, particularly given that the company isn't charging a price premium for it, and should notable simplify PC-to-embedded and simulation-to-production software development transitions. It will also provide a straightforward floating point-inclusive upgrade for existing PIC32MZ customers.