The ARM Cortex-A8 is a licensable microprocessor core that forms the heart of several off-the-shelf processor chips from companies such as Texas Instruments and Freescale. BDTI has implemented two of its signal processing benchmark suites on the ARM Cortex-A8:

Results for Chips Based on the ARM Cortex-A8

Texas Instruments and Freescale offer a range of chips based on the ARM Cortex-A8  processor core.  Figure 1 presents estimated BDTIsimMark2000 results for a number of these devices with varying clock speeds:

Figure 1: Estimated BDTIsimMark2000 results for chips based on the ARM Cortex-A8 core.

The Cortex-A8 uses a superscalar (first for an ARM core), dual-issue, in-order execution pipeline. The pipeline, unusually long, comprises a 13-stage main pipeline and a 10-stage NEON pipeline for data-processing execution. In contrast, ARM11's pipeline has only 8 stages.

Unlike ARM’s other licensable cores, the Cortex-A8 is intended to be implemented using either a typical logic synthesis methodology (as is almost always done with ARM's other licensable cores) or a highly optimized semi-custom design style. Cortex-A8 licensees creating highly optimized implementations of the Cortex-A8 may apply hand-crafted library cells and other physical-level optimizations for improvements in both frequency and power over traditional synthesis methodologies. As a result, BDTI does not have clock speed, silicon area, and power consumption data for the Cortex-A8 based on BDTI's standardized conditions for processor cores. Caution should therefore be used when comparing BDTI's Cortex-A8 benchmark results with results for other processor cores 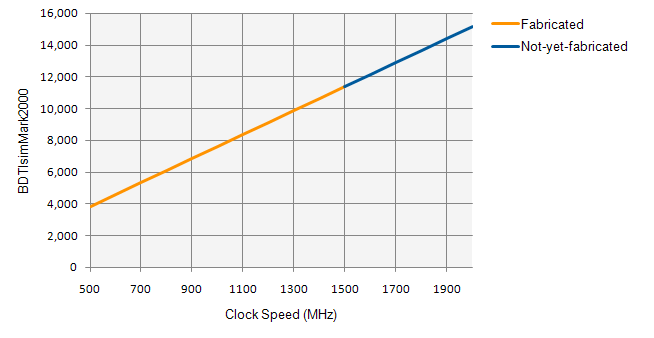 Figure 2: Estimated BDTIsimMark2000 results for the ARM Cortex-A8 core as a function of clock speed. As of this writing the Cortex-A8 has been fabricated at speeds up to 1.5 GHz.

In terms of memory efficiency, the ARM Cortex-A8 has received a BDTI-Certified score of 78 BDTImemMark2000s.

BDTI-Certified Video Encoder/Decoder Benchmarks™ results for the Cortex-A8 specified in cycles/s are as follows: 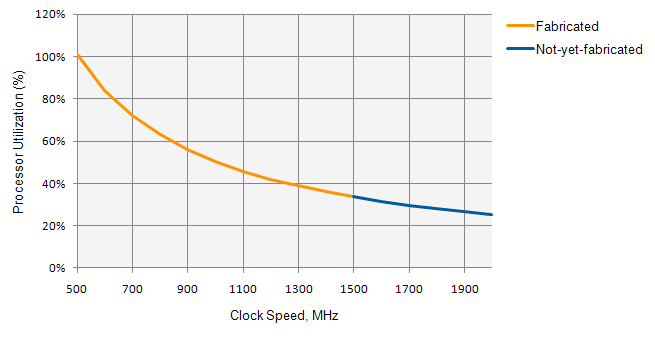 Please note that no reproduction or reuse of the above information is permitted without the express authorization of BDTI.  For reproduction permission, to gain access to additional, detailed ARM Cortex-A8 benchmark results, or to arrange to have your processor benchmarked, please call BDTI at +1 925 954 1411 or contact us via the web.