Analog Devices and Texas Instruments both recently unveiled cost-optimized DSPs within one day of each other. Perhaps the seeming near-synchronicity was an innocent fluke. Then again, perhaps one vendor got an inkling of the other's announcement plans and decided that a near-coincident introduction would be an appropriate response. The exact circumstances don't particularly matter; the longstanding highly charged competitive climate between the two companies is fiscally and otherwise beneficial to their customers and to the industry at large.

Texas Instruments' new TMS320C553x offering as of August 30 encompasses a suite of 16-bit fixed-point devices based on the ‘C55x architecture, spanning a range of embedded memory capacities and integrated feature sets, and pin-compatible with each other (Figure 1): 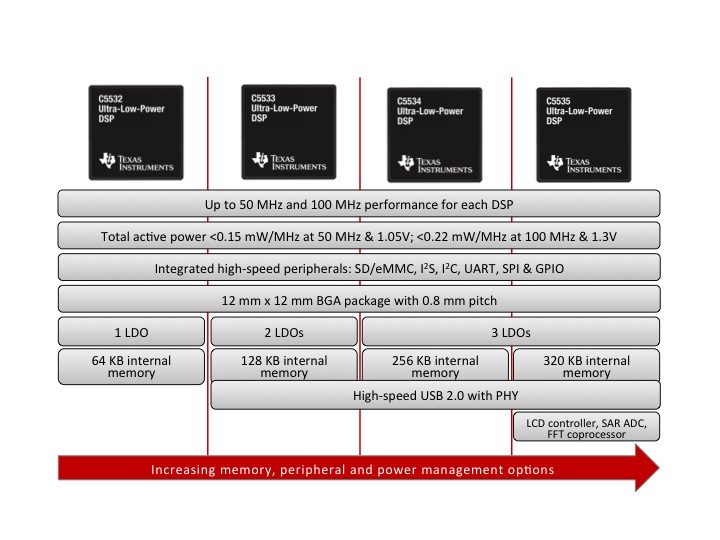 The lowest-end member of the TMS320C553x family, all of which are currently available for sampling, costs $1.95 (quantity 1,000). Target markets mentioned by TI include consumer audio and voice applications, portable medical equipment, biometric security, voice-activated home automation, and flow meters, The SoCs are derivatives of (and are software-compatible with) the company's TMS320C5504 and C5505 DSPs unveiled in June 2009 and the TMS320C5514 and C5515 DSPs launched in June 2010. 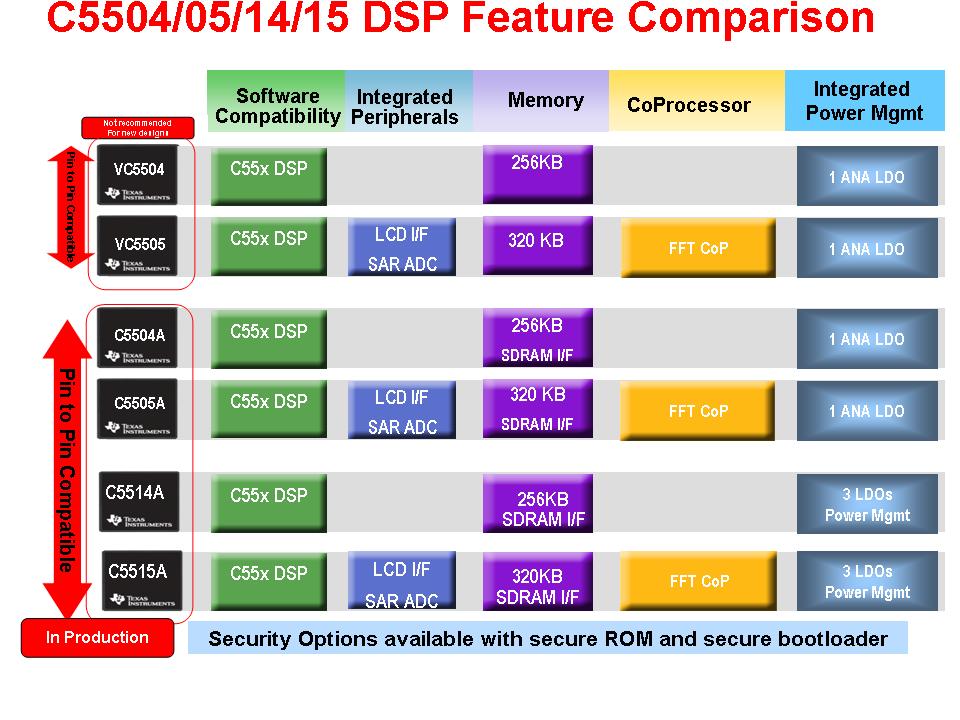 However, whereas prior-generation devices' integrated memory capacities ranged only as low as 256 KBytes, with clock speeds extending as high as 150 MHz, these devices' embedded memory options dip as low as 64 KBytes, with peak clock speeds of only 100 MHz. Also, none of the newcomers offer an external memory bus. They also provide a reduced amount of on-chip peripheral integration; only the highest-end C5535, for example, supports an integrated LCD controller, SAR ADC and 1024-point programmable FFT co-processor.

One upside to this silicon-slimming exercise, of course, is the earlier-mentioned price reduction; sub-$2 is a first-time Texas Instruments achievement for a product of this feature set and performance caliber. However, TI has also focused on total system cost reduction, putting the devices in a 12x12 mm BGA package with 0.8 mm pitch (versus a higher-pin count 0.65 mm pitch package with prior-generation products) that the company claims enables use of an economical 4-layer PCB.

Speaking of cost reductions, for the first 55 days of public availability, TI is selling the normally-$99 C5535 eZdsp development kit for $55. The kit includes a credit-card-sized development board by partner Spectrum Digital, a full-featured version of the Code Composer Studio IDE, a set of headphones with a microphone, a microSD card, and an on-board emulator. The kit also comes preloaded with USB audio class and HID driver demos for plug-and-play control by applicable computer operating systems. The USB framework software suite is also available standalone for free download.

The new TI chips each ship in two speed bin variants, one running up to 50 MHz at a 1.05V core voltage, and the other operating up to 100 MHz at 1.3V. Associated active mode power consumption specifications are sub-0.15 mW/MHz (1.05V) and sub-0.22 mW/MHz (1.3V), along with a common sub-0.15 mW standby power draw. TI claims that the devices' active power levels are up to 6x lower than those of the nearest DSP competitor at same frequency, for a benchmark routine employing 75% dual-MAC and 25% ADD instructions, and including PLL current. TI also asserts that the resultant battery life for TI's devices extends to more than 120 hours when tested with an 1100 mAh battery.

No matter how hard I tried, I couldn't persuade TI to tell me who that "nearest DSP competitor" was. Perhaps the company meant Analog Devices, which chose August 29 to make some DSP noise of its own. Instead of a new product family, or new product for that matter, ADI cost-reduced its low-end Blackfin BF592 (which comes in a 9x9mm chip-scale package) by unveiling a commercial temperature range-only $1.99 (quantity 1,000, $1.85 for quantity 10,000) 200 MHz version (Figure 3). 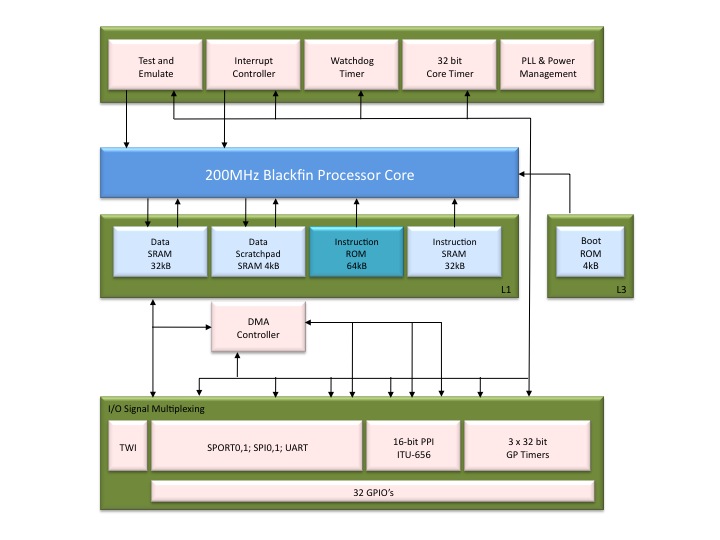 Figure 3. Analog Devices halved the clock speed of its 400 MHz Blackfin BF592, initially unveiled a year ago, to achieve a sub-$2 price point for the new product variant.

The 200 MHz (400 MMAC) version of the BF592 touts an active power draw of 51 mW at peak clock speed, along with standby power consumption of less than 1 mW and 300 µA of static leakage current draw. Target applications for the BF592, according to Analog Devices, include portable healthcare products, audio devices, and imaging products such as CMOS-sensor-based 2-D barcode scanners. The ADZS-BF592-EZLITE development kit costs $99 (normally $199) through the end of this year, and includes an evaluation suite of the VisualDSP++ development environment with C/C++ compiler, assembler, and linker. Analog Devices also offers the $150 ADZS-ICE-100B emulator.

Without having BDTImark2000 results for the TI TMS320C553x devices to compare against the published Blackfin BF592 numbers, it's at-best difficult to ascertain how clock speed differences between the vendors' products translate into potential real-life performance disparities. And the devices' varying memory and peripheral integration suggests that they won't directly compete against each other in all possible markets. Nonetheless, the pricing moves made by both companies are welcome news, both in cost-reducing existing DSP-inclusive designs and in enabling DSP consideration in applications for which it may have previously been fiscally unpalatable.